What is a hate crime?

Simply put, hate crimes are criminal offences committed with a bias motive. According to the OSCE, hate crimes are criminal offences, including offences against persons or property, where the victim, premises, or target of the offence are selected because of their real or perceived connection, attachment, affiliation, support, or membership with a group based upon a characteristic common to its members, such as race, national or ethnic origin, language, colour, religion, sex, age, mental or physical disability, sexual orientation, or other similar factor.

In Hungary, the Criminal Code provides more severe sanctions for hate crimes: assault, coercion and anti-social behavior committed with a bias motive constitute a crime called violence against a member of a community. Bias motivation is considered a qualifying or aggravating circumstance in the case of several other crimes.

What is the problem with handling hate crimes?

In Hungary perpetrators of hate crimes are held accountable only in a small number of cases, and even in those cases they are punished with a less severe sanction than they would deserve.

Responding to hate crimes is severely limited by the low level of trust in public authorities, which leads to the underreporting of such attacks.

A further problem is that even if victims do report, authorities often disregard the bias motivation of the offense and classify the incident as a less severe crime, or terminate the investigation claiming that no crime has been committed.

The ineffective response is largely due to the fact that law enforcement agencies lack the required knowledge and competences; the topic of hate crimes does not receive proper attention in legal and police training, and there are no guidelines for police officers on how to respond to such incidents.

About the Working Group

In January 2012, five Hungarian NGOs established the Working Group Against Hate Crimes to join forces for a more effective approach against hate crimes. Besides the representatives of the organizations, individual experts also take part in the work of the working group.

The principal objective of the working group is to fight hate crimes. To achieve this, we work for the following goals:

Research. The working group conducts research to better understand the phenomenon of hate crimes and to identify new tools in the fight against hate incidents.

Legal representation. NGOs participating in the working group provide legal advise and representation free of charge for victims of hate crimes before the authorities and courts.

Networking. The working group fosters good professional relations with NGOs, the police, the public prosecutor's office, other authorities and the judiciary.

As a result of our lobbying efforts, in the new Criminal Code that entered into force in July 2013, the provisions on hate speech and hate crime explicitly protect groups based on sexual orientation, gender identity and disability, and the law still penalizes preparation of hate crimes.

In 2013, we prepared a detailed legal commentary on the most important hate crime provision in the Hungarian Criminal Code: violence against a member of a community. We translated the investigation guidelines of the International Association of Chief of Police (IACP) to Hungarian. We assessed the implementation of the UN recommendations for Hungary related to the issue of hate crimes.

In 2013, we organized several professional conferences in collaboration with the Law Enforcement Sub-Committee of the Hungarian Academy of Sciences, the Hungarian Association of Police Science and the Faculty of Law Enforcement of the National University of Public Services. Members of the working group published several articles on the subject in professional journals.

In 2013, we conducted over 25 in depth interviews with police officers, prosecutors, judges and victim support officers, and held 10 public forums with the members of potential victim groups.

We trained more than 70 police officers, including all members of the police hate crimes network and police chiefs of Budapest districts.

After having given voice to our opinion in public, law enforcement agencies revised their former, wrong legal classifications in several cases.

Among others, our member organizations provide legal representation to a gay man who was threatened with a baseball bat, a Roma mother-to-be who was verbally abused in Gyöngyöspata, and an Ivorian refugee who was brutally assaulted.

Amnesty International Hungary, the Hungarian chapter of the international NGO fighting for the recognition of human rights

Hungarian Helsinki Committee, an NGO aiming to protect human rights and constitutional values, and ensure justice for the oppressed, refugees and detainees

Hungarian Civil Liberties Union (TASZ), an NGO fighting against undue interference and misuse of power, and striving to educate citizens about their basic human rights and to ensure their enforcement 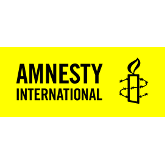 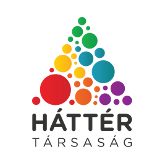 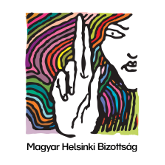 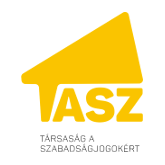